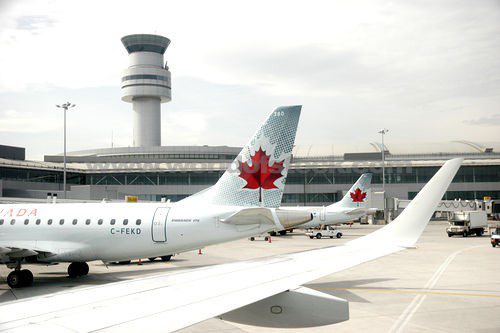 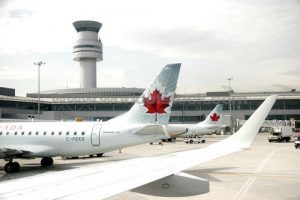 Most people who fly into Canada enter through Toronto’s Pearson International Airport. As the largest international gateway to the country as well the hub of Air Canada, whether you are transiting to another city in Canada or staying, chances are you’ll use Canada’s largest airport. In order to understand a little bit more about the airport we have prepared the following tips: 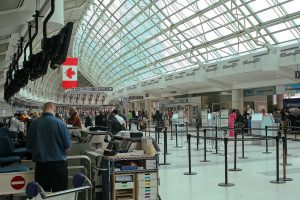 1. Terminals: The airport has two airport terminals – Terminal 1 and Terminal 3. Terminal 1 is used by Air Canada and its fellow Star Alliance partners including Austrian Airlines, Avianca, Copa Airlines, EgyptAir, Emirates, Ethiopian Airlines, Eva Air, Lot Polish Airlines, Lufthansa, Turkish Airlines and United Airlines. There is a customs checkpoint for international flights in Terminal 1 so please remember to apply for your Canada eTA authorization so that you can enter Canada without problems.
All other airlines fly out of Terminal 3 and this includes Aeromexico, Aer Lingus, Alitalia, American Airlines, British Airways, Cathay Pacific, Delta, El Al, Finnair, Icelandair, KLM, Korean Air, Tam Airlines and others.
Moving from Terminal 1 to Terminal 3 and vice versa is done via the LINK train. 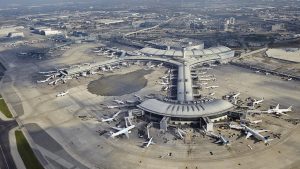 2. Transportation: Pearson airport is not located very far from central Toronto, it’s only 22 km to downtown from the airport. The most convenient way to get to the airport is by car or by public transport (bus). By car the airport is accessible from Highway 427 or Highway 409.
There are 4 options for public transport: Toronto Transit Commission, GO Transit, MiWay, and Brampton Transit. All four are in service all day but the only company that serves both Terminal 1 and 3 is the Toronto Transit Commission.
Starting on June 6, 2015, travelers will be able to use the Union Pearson Express rail link. This express train will depart every 15 minutes and connect Pearson Airport with Union Station in Downtown Toronto. The train will have wi-fi and the trip will take 25 minutes. The cost for a ticket for an adult will be C$27.50.

3. Airport Hotels, Restaurants and Cafés: The airport is served by the Sheraton Gateway Hotel – located in Terminal 3. The Sheraton hotel is very convenient because you don’t need to leave the airport as it is the only hotel with direct indoor access from the airport. You can even check in for your flight and print your boarding pass from the hotel’s lobby. If you are looking for more budget options there are numerous hotels close to the airport and with free transportation provided.
The airport also offers numerous dining options including Canada’s famous Tim Horton’s chain, Starbucks, Subway, the Great Canadian Bagel and Wendy’s.

4. Internet: There is free Wi-Fi throughout Pearson Airport, no need to pay to use the internet like in most international airports.

Toronto’s Pearson International Airport is a very comfortable airport to travel or transit through and will make your airport experience a positive one. It is important that all travelers from countries exempt from visa requirements to enter Canada apply for an eTA authorization before boarding their flights to Canada as they will not be allowed to board or to be processed by Canada’s immigration officers.