Getting A Canada Visitor Visa 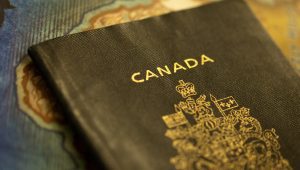 A Canada Visitor visa allows citizens of foreign countries the right to enter the nation of Canada and stay up to six months. While Canadian policies towards foreign nationals are relatively generous, even Canada does have rules and regulations for entry into its borders. As is the case with many nations, some foreigners have an easier time of entering the country than others. For reasons ranging from a country’s political instability to a history of visitors from that country engaging in activities the Canadian government would like to limit, citizens of some countries have a harder time getting into Canada. Citizens of other nations that have a history of not making trouble for the Canadian government have an easier time getting into the country.

Getting into Canada does require a few things out of every visitor. Visitors will need a valid passport, must appear well and healthy must seem to have ties of some sort to the country (such as a home, money, family or a job) in their countries of origin and prove they have enough money to fund their stay in Canada. Valid passports are perhaps the most important element of the bare minimums for visitors to the country, and in fact, the ease at which some countries grant passports to citizens with questionable goals for travel has made it harder for some visitors to get into Canada as a result of what is perceived as government corruption.

Citizens of certain nations with close, active ties to Canada may not even need a visa if their stay is going to last no longer than six months. Among those nations are the nations of the European Union, including the United Kingdom and Ireland, two countries with longtime political and cultural associations with Canada, but excluding Romania and Bulgaria due to political instability. Other former British subject nations such as the United States, Australia, and New Zealand will not need visas to visit Canada (though longer term residency will also require efforts to get a permanent resident classification). Other nationals that do not need a visa to visit are citizens of Andorra, Chile, Hong Kong, Republic of Korea, Monaco, the Solomon Islands and Israel.

Nationals from other countries find themselves in a different place. For those only traveling through Canada, citizens of Thailand, the Philippines, Taiwan and Indonesia are allowed to enter Canada without a visa, provided they are simply making a stop over in the country before continuing their journey to another country.

Citizens of some countries perceived as politically unstable or dangerous corrupt will need to submit photographs and fingerprints to Canadian authorities before they are allowed to enter Canada. Among these nations are the embattled, unstable governments of Afghanistan and Iraq, countries renowned for a culture of corruption such as Colombia, Egypt, Haiti, and Cambodia. The list is more extensive, and visitors to Canada should consult the Canadian embassy in their country before beginning their journey to visit Canada. International travel is difficult, but embassies are often helpful.

Get more info regarding a Canada Visitor Visa and other authorizations on our site.